Andrew Webb-Mitchell has recently completed his latest orchestral work, Night of Sevens. Structured in sonata form, the new work is a single movement tone poem, inspired by the traditional Chinese folk story The Cowherd and the Weaver Girl. Having lived and worked in China for many years and being a fluent speaker of Mandarin, the composer wanted to express his love for and appreciation of the Chinese culture and people by choosing a traditional and much-loved Chinese story with a simple narrative. 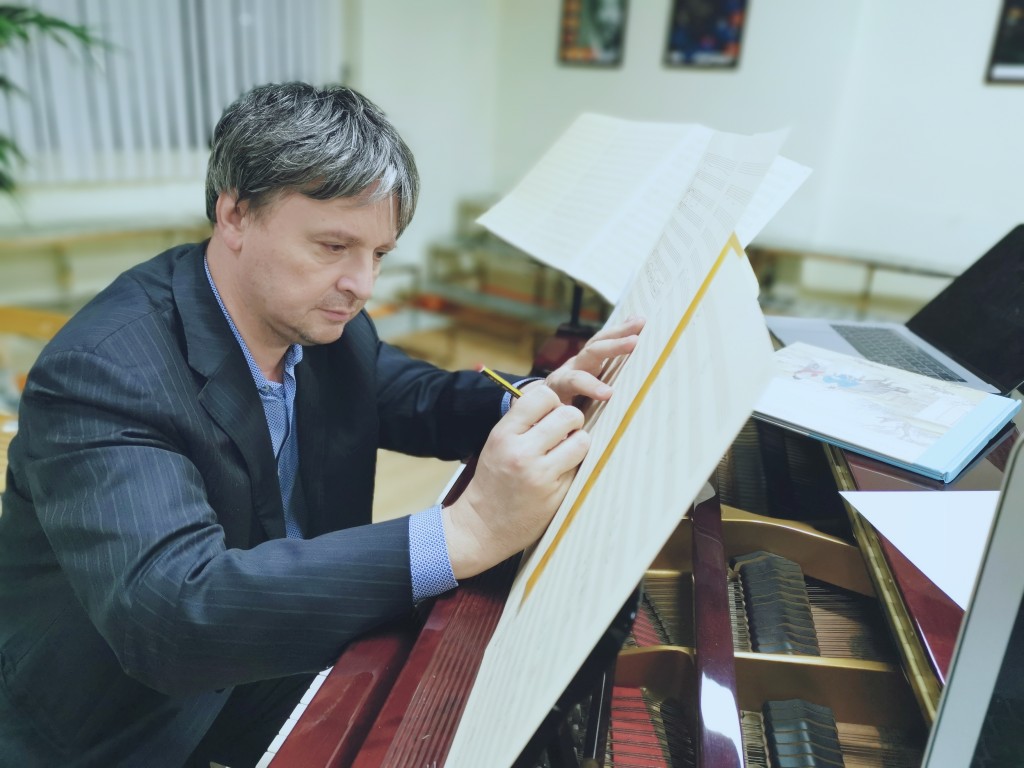 Andrew’s tone poem depicts key episodes in the story and includes a setting of the famous Song Dynasty poem Que Qiao Xian, sung in the original Mandarin. The story of The Cowherd and the Weaver Girl is extremely familiar to Chinese audiences and is the basis of the Chinese equivalent to Valentine’s Day which takes place on the seventh day of the seventh lunar month. The beautiful weaver girl, youngest granddaughter of the Emperor of Heaven and the Queen Mother of the West, falls in love with the Cowherd and they secretly live together. Their blissful and carefree life is represented in the first set of musical themes, eventually subsiding to reveal a haunting flute melody, depicting their love. The music then takes on a more sinister and darker tone when the Queen of Heaven discovers the lovers’ secret. She is furious that the Weaver Girl has chosen to live with a mortal and issues her first decree. Marked ‘Yizhi I’ in the score, the trumpets and timpani thunder the Queen’s orders; the Weaver Girl is to be dragged off back to heaven by the royal guards. The music then describes the pain and sadness that forced separation brings to the couple. A lonely oboe emphasizes their feeling of emptiness and loneliness. Witnessing the heartbreak and devotion of the couple, the Queen Mother is finally moved, issuing a second decree ‘Yizhi II’, this time played gently by solo cello. The couple will be allowed to meet once a year on the seventh day of the seventh month, the Night of Sevens. A flock of magpies emerges to provide a bridge between heaven and earth, allowing the couple to be briefly reunited. The magpies are depicted by four groups of violins with embellishments in the woodwind. The happy themes from the beginning of the movement then return. Finally, the haunting flute melody, this time sung by soprano solo is revealed in its true form, a setting of the poem Que Qiao Xian. The tone poem ends triumphantly with the sound of the magpies flying off into the distance.